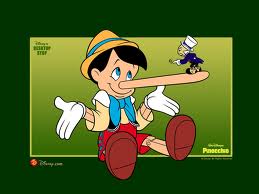 Do you recognise this man?

I only ask because one of my colleagues didn't recognise him. So in case you didn't, look at this.

Yes. It's the late glorious leader of Iraq, Saddam Hussain.

Where did he go wrong? Why is he dead?

Above all, because he made one fatal mistake.

He told the truth.

But nobody believed him, because he didn't prove it was true.

He said "I have no deadly weapons" - which was true.

But nobody believed him because he wouldn't let UN weapons inspectors look everywhere they wanted to - which would have shown he was not lying.

Whereas Bush and Blair lied - but got away with it. Because Saddam never proved they were lying.

I weep to think of the countless innocents slaughtered as a result - I spent quite a while worrying because my stepson did two tours in Iraq as a U.S. marine.

Now, your response rates may not be a matter of life and death. But your business or your career may depend on them.

So don't imagine that people will believe what you say just because you know it's true.

As David Ogilvy remarked, "Why should anyone take the word of an anonymous copywriter?

I sometimes think the most underrated weapons of all in our business are testimonials, guarantees, independent verification - proof.

Are you using them enough?

P.S. Don't forget - if you have a friend or colleague who you think would like to hear from me, please forward me their address. They'll get a polite invitation - which they can decline - and I never share my email lists.